Ammonium nitrate - strong oxidizer, in a dry form explodes from detonators. To mechanical influences (blow, friction) it is not sensitive. At impact of fire and spark on ammonium nitrate of fire does not occur. At the fires it decays, emitting oxygen that strengthens burning of flammable objects. At the strong fires of the warehouses containing large amount of saltpeter explosions owing to its rough thermal decomposition and intensive gas generation are possible.

Use of ammonium nitrate.

Agriculture.
This well soluble highly effective mineral ammoniyno-nitrate high-concentrated fertilizer. Contains 34,4% of nitrogen. For agriculture ammonium nitrate is issued in the form of granules of spherical shape. Among all fertilizers it wins first place on use in agriculture which makes 55-60% of the market of mineral fertilizers. Possesses high hygroscopicity that did not dampen add the additives absorbing moisture: ground limestone, chalk, phosphate rock, phosphite.
It is applied to mineral food of cultures at the main, preseeding introduction and to top-dressing of crops. The greatest efficiency is reached when using ammonium nitrate for early-spring top-dressing of winter wheat, winter rape and also for introduction superficially or locally to crops or at crops of summer cultures, top-dressings of commercial, vegetable and melon crops. The high effect is gained at joint introduction with phosphorus and potassium. It is forbidden to bring ammonium nitrate under cucumbers, vegetable marrows, bush pumpkins and pumpkin as promotes accumulation of nitrates!
This fertilizer is made as follows: nitrogen is connected with hydrogen, as a result of the happening reaction ammonia is formed - ammonia is oxidized afterwards to nitric acid and if to connect ammonia to nitric acid, then ammonium nitrate i.e. ammonium nitrate will turn out. Such agrochemistry will contain nitrogen in two forms, that is ammoniyny and nitrate (17% of ammoniyny and 17% of nitrate nitrogen, in the sum of 34% of nitrogen).
Popularity of ammonium nitrate is explained by its universality as this fertilizer is everywhere used in agriculture for any cultures and on all views of soils.

Explosives.
This explosive, however its critical diameter (the smallest diameter of cylindrical charge of explosive with which distribution of detonation) such big is possible (for the crude not crushed saltpeter about several meters) and the susceptibility to detonation is so insignificant that it is possible to process pure saltpeter as well as inert salts.
Most widely in the industry and mining mixes of ammonium nitrate with different types of hydrocarbon combustible materials, other explosives, and also multicomponent mixtures are applied:
- structures like ammoniac saltpeter / diesel fuel (AS/DF) -
- liquid mix ammoniac saltpeter / hydrazine (astrolitas) -
- the water filled industrial explosives (akvanat, aquanites, etc.) -
- mixes with other explosives (ammonite, detonit, etc.) -
- mix with aluminum powder (ammonales).

Depending on appointment ammonium nitrate is let out two brands: And yes B. A - for the industry, B - for agriculture. Use of saltpeter of brand B for the industry is allowed. For reduction of hygroscopicity and sealing enter the different conditioning additives into brand B (dolomite, sulphatic or magnesian). 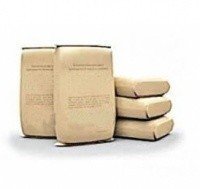 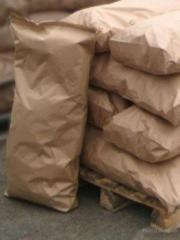 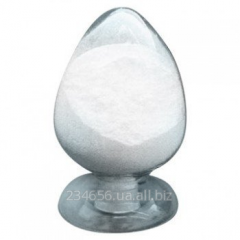